Excuse the excitement.  Santa has been early and left me my new camera, my Canon 7D and I LOVE IT!  It is seriously impressive and the cats and Ben have already had their patience severely tried by me shoving it in their faces and taking their pictures.  I also took David's when he was asleep but he refused to allow me to post it.  So what I want to know is now I've got this to play with, who's going to cook Christmas dinner?  Beans on toast anyone?  :O))) 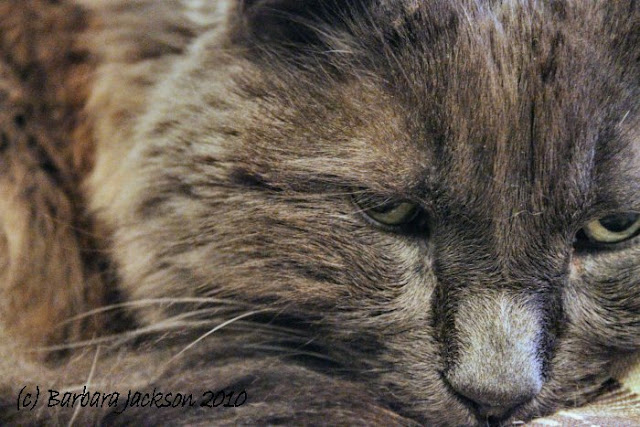 Posky.  His photo was the first one taken as any new camera
has to be first given The Blessing of the Grey Cat if it
is to take successful pictures.  He's beginning to get
a little vexed with me here. 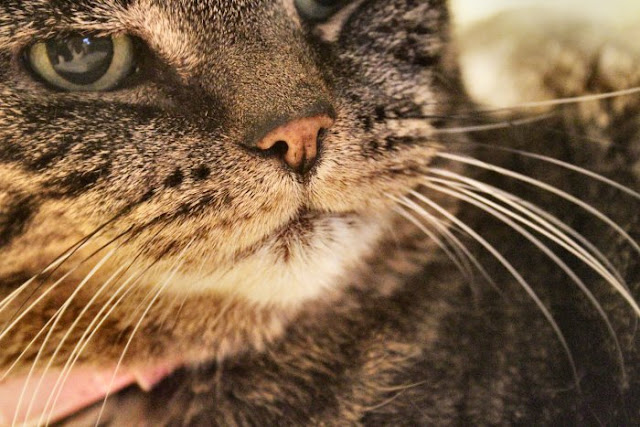 These images are seriously grainy because I bumped up the settings
to the highest ISO (I think it's 6400) to try it out, and also because the
light was rather dim and I didn't want to use the on-camera flash.
Anyway, I still like them, and I love that you can
see my reflection in Mrs Pod's eye! 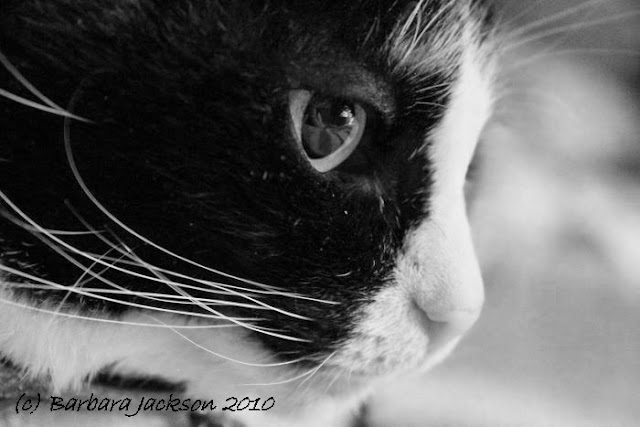 Pepper - who was very co-operative and rolled about with her
paws in the air in a winsome manner... 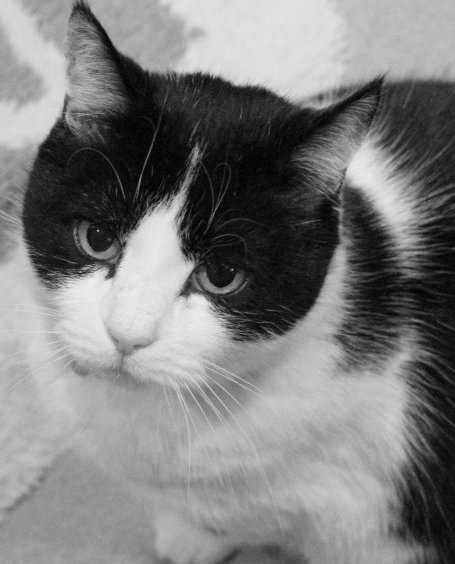 Charlie - 'You point that thing at me one more time
and I bite your knee-cap, capiche?' 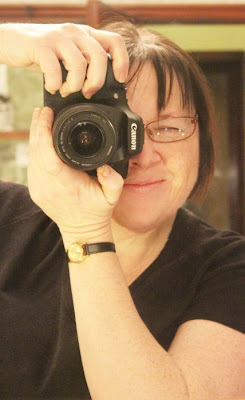 Happy Bunny with new camera - image flipped
so it says Canon and not nonaC or something similar.
As I'm now off to work and then meeting Cath for coffee, I expect there'll be quite a few photos taken today, probably of people shoving their hands in front of the lens and telling me to 'GO AWAY!'.  More later...
Posted by Barbara at 06:44

Email ThisBlogThis!Share to TwitterShare to FacebookShare to Pinterest
Labels: photography

Don't you just love the 7D - I'm loving mine. Have fun with it this Christmas!

You must have been VERY good this year. Have fun! BTW, the cats have lovely whiskers, don't you think?

It's a great camera but am a little overwhelmed at all the settings you can vary. The cats do have quite magnificent whiskers, and thank you for noticing :O)

Congratulations on your wonderful new camera!!
Your cats are EXQUISITE! I thoroughly enjoyed each and every photo as I am SURE you knew I would!
Merry Christmas!

Oh joy, oh joy . . . may you have much delight in your new camera so that we may share your gift :-)

Congratulations on your fantastic camera. 7D is a great DSLR. I am sure you are enjoying every moment while photographing.
Merry Christmas!!!