Have been amusing myself with trying to capture the different characters of the cats on little videos. So the short version is:
Pepper loves the camera
Ralph is an imp
Charlie is, well, just Charlie ;-) 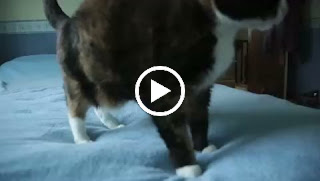 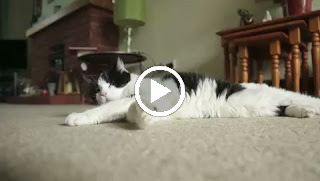 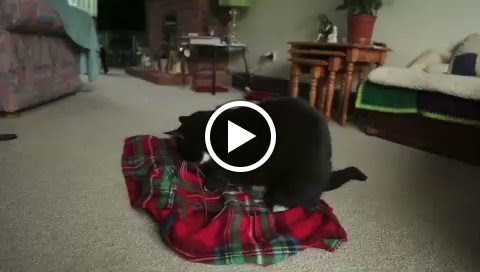 I haven't actually taken any photos over the weekend - I've been too depressed at the stupidity of our country.  This morning I finally managed to pick up my camera - nothing too complicated or technical but at least I managed to find the will to point it at something and press the shutter button! 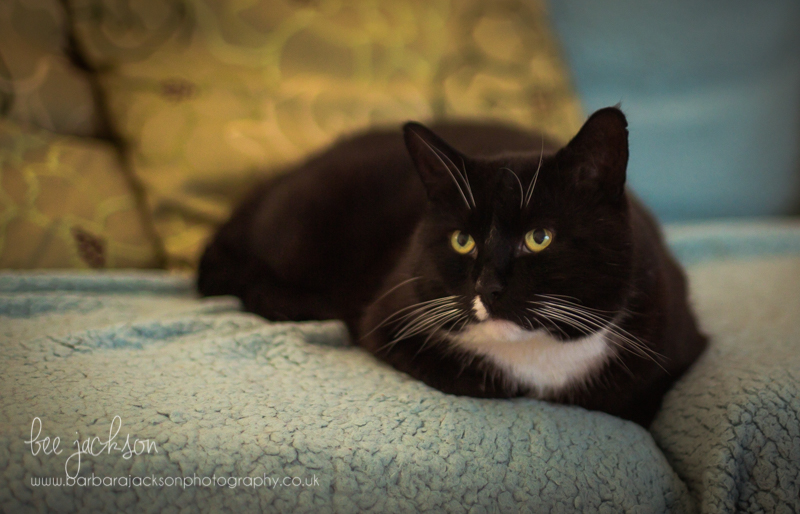 Ralph is worried in case the referendum result means he gets sent back over the fence where he came from. 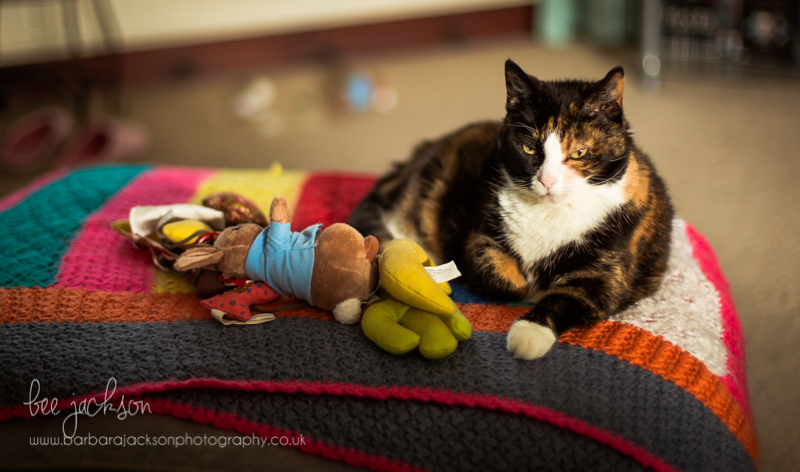 Pepper is meditating for love, peace and togetherness in our country... 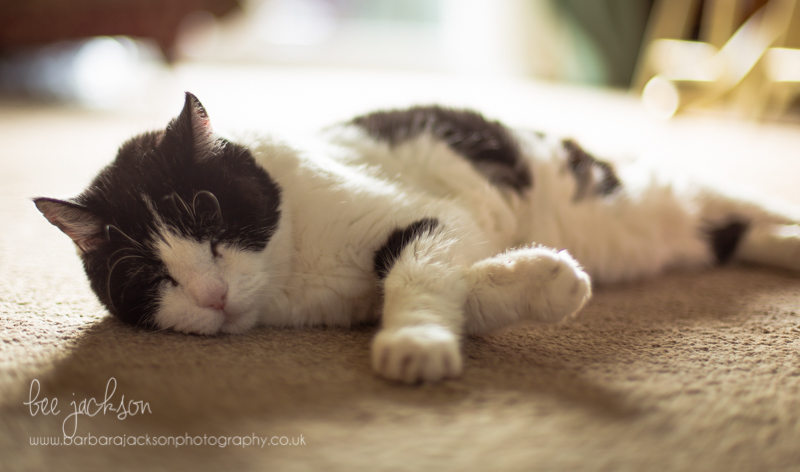 Charlie sees this as a great opportunity to become PM. 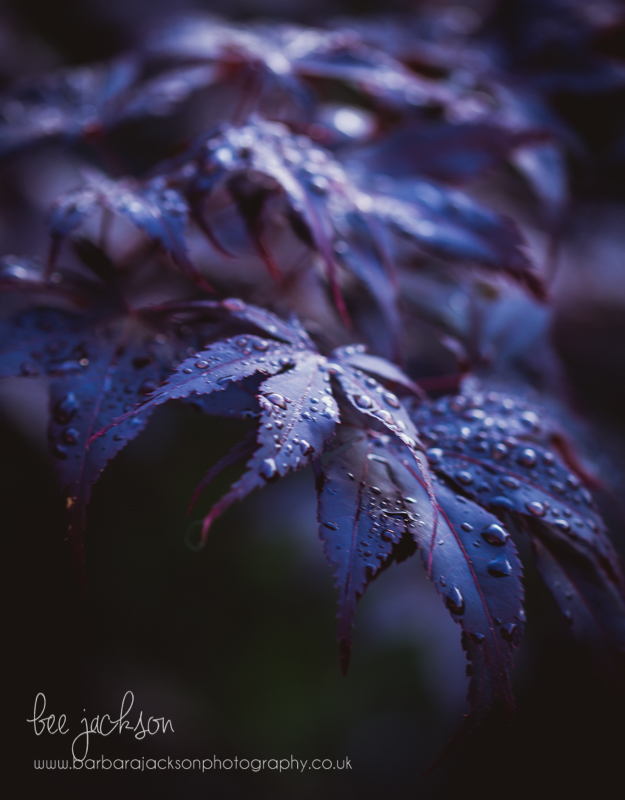 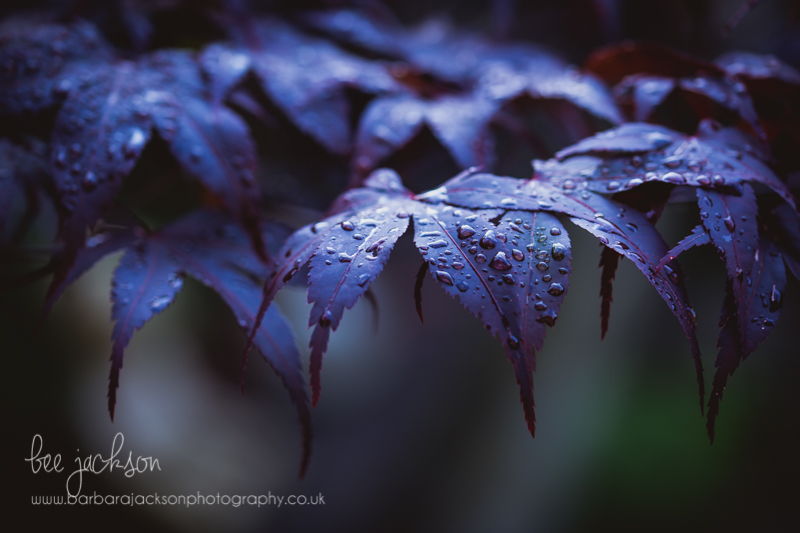 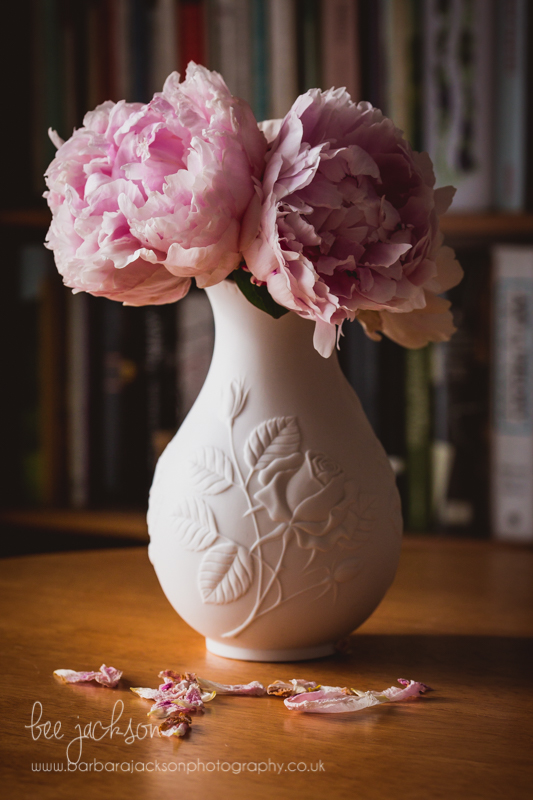 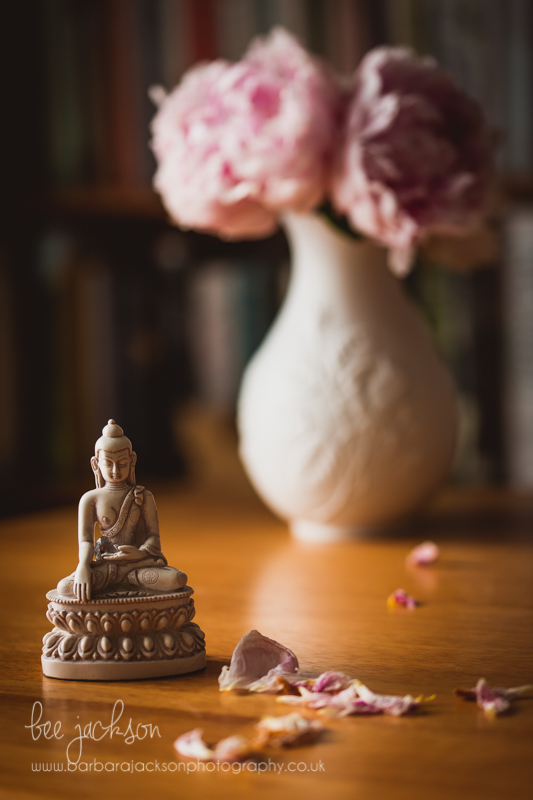 I thought it was about time I got out my macro lens again...
Posted by Barbara at 08:33 6 comments:

Fear, stupidity, lies, and misplaced arrogance at our own perceived importance now seem to rule the day.  But it's ok because intolerance, nationalism and the rise of the right have never had any bad consequences have they? I am sad beyond belief at what has happened.  Almost 50% of voters did not want this for our country. 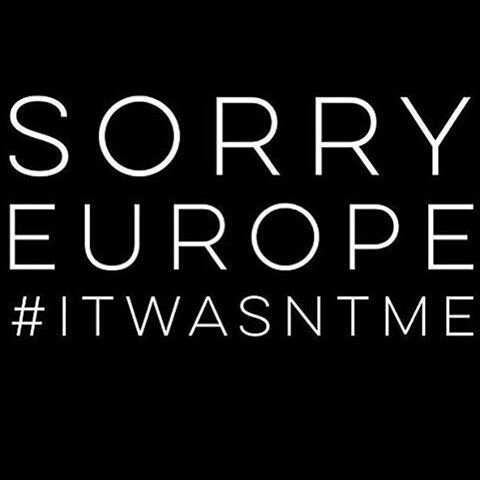 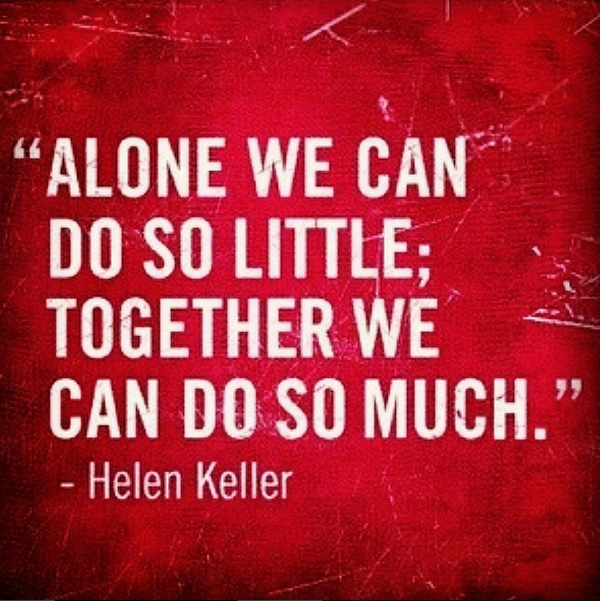 Happy birthday to the husband. As a treat you get to go vote in the EU Referendum :-D 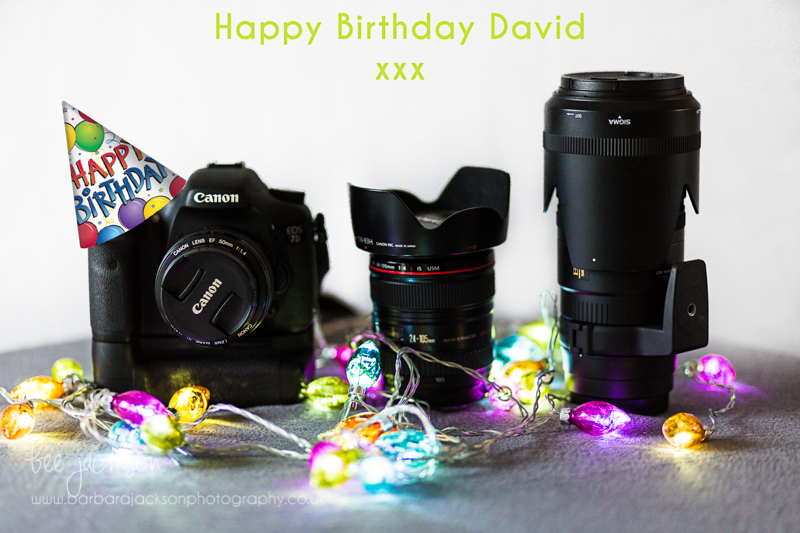 For those wondering which way I'll be voting today - I can't put it better than James Melville's tweet...

I bought a few peonies at the weekend and have been playing around with them for some still life pictures.  At the moment I prefer dark toned still life shots to anything light and 'pretty'.

These were all taken with side light which I love as it emphasises texture and shape and gives a wonderfully three dimensional feel to objects.  If you normally shoot in 'flat' light do give side light a go.  I took these on a table with light from our patio doors coming from camera left.  I diffused it with some voile to make it softer, and in some cases I closed the curtains to let only a thin strip of light fall on the objects.  It's all about controlling the light to give the effect that you want. 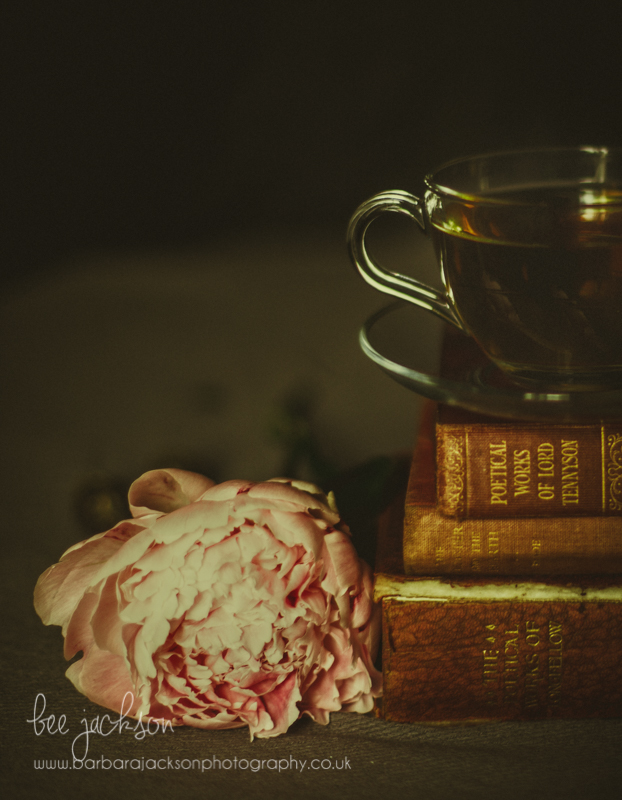 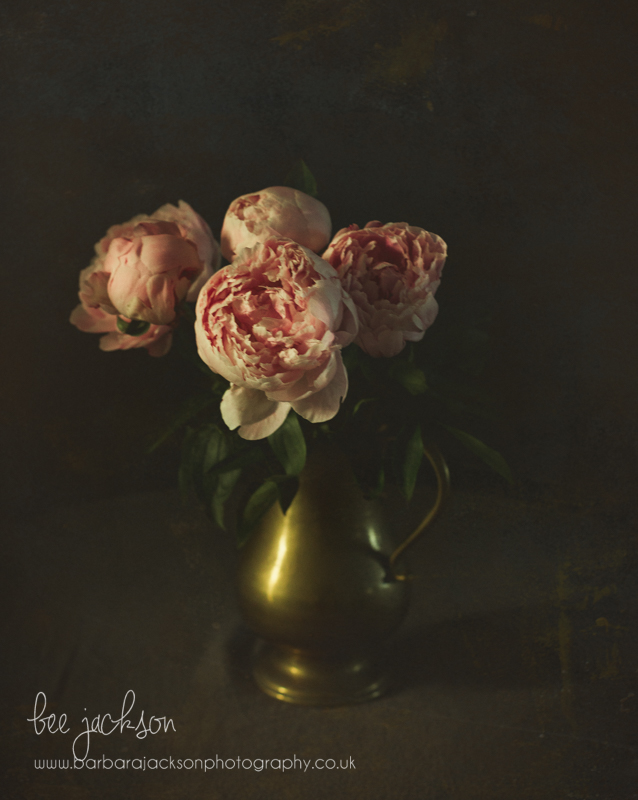 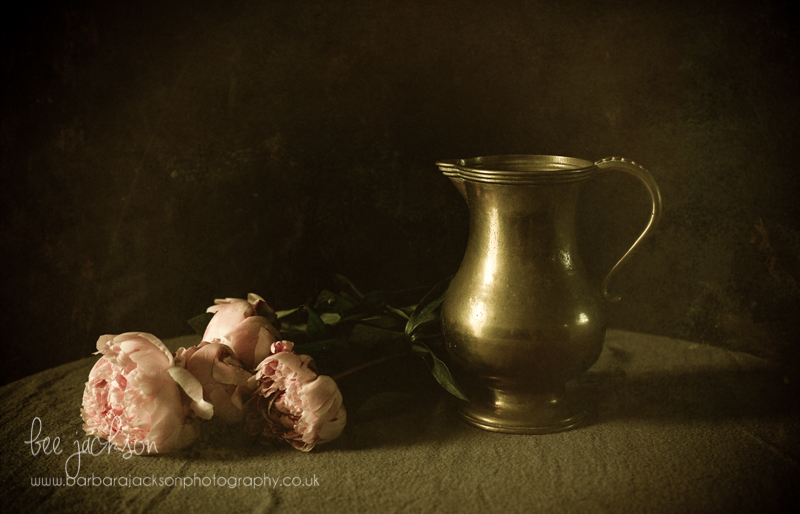 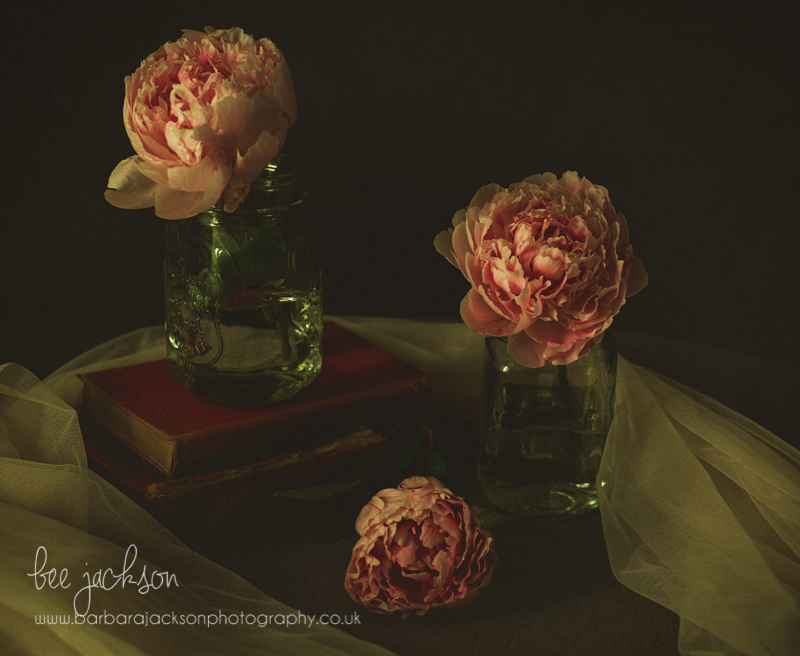 Linking with Wordless Wednesday at Image-in-ing.  and

I was meant to be shooting some portraits today but my model had to reschedule, so as I was at a loose end I decided to shoot some still life images. I'm still fascinated by the concept of wabi sabi so decided to incorporate the roses from last weeks shoot in the garden, which were on their last legs to say the least. As Leonard Koren puts it: "Wabi sabi is the beauty of things imperfect, impermanent, and incomplete, the antithesis of our classical Western notion of beauty as something perfect, enduring, and monumental". 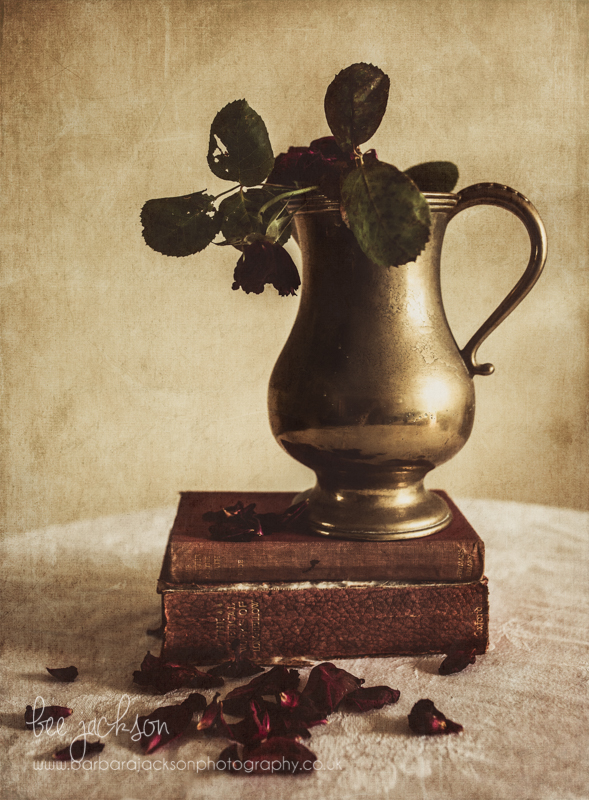 Speaking of impermanence - Ralph was given a collar with a bell yesterday morning because he brought a female blackbird into the house (unhurt) and let it go in the living room before he then disappeared upstairs to bed. Perhaps he thought it wanted its photo taking?!? The collar lasted less than twelve hours before it was found, sans Ralph, in the garden. He's incorrigible...cute, but incorrigible. 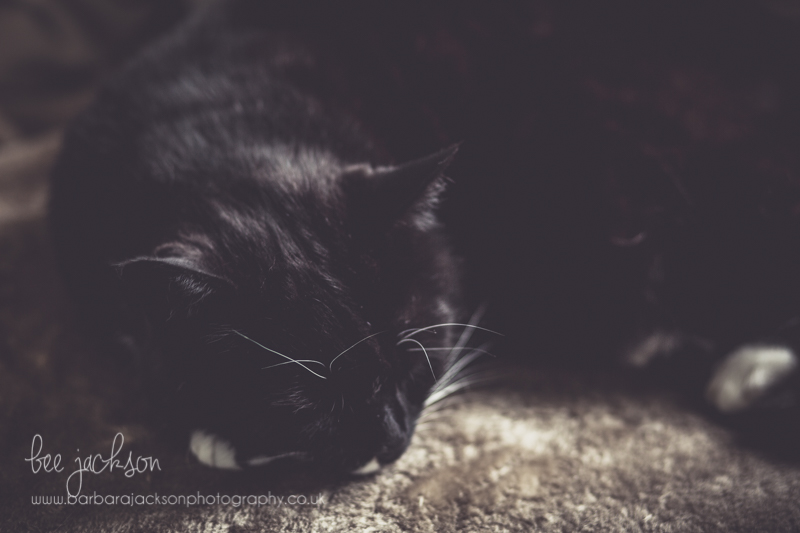 I couldn't find a link-up for a Food Friday post.  I wonder if it's worth starting one?

Today has been a week of changing the way I think, and things appearing to help me to do that in a very strange yet wonderful way.  At the beginning of the week I was thinking of going on yet another diet, and feeling depressed at the thought, and then realising that it would fail anyway because it would be a short term solution, and then despairing because I knew I really needed to lose some weight, and then feeling I might as well give up before I start...you know the kind of thing.  My brain knows that diets screw up your relationship with food, and the diet industry is the only one that benefits from this, but still part of me was saying 'maybe this time it will be different' even though I knew that it wouldn't be.  It takes such mental energy to be in a constant battle with yourself like that, I knew something had to be different this time.  So then, I don't know what made me do it, but I decided to search for some books on altering the way you look at food and came up with The Zen of Eating by Ronna Kabatznik, and also Meal by Meal by Donal Altman.  Both are basically saying the same thing - to practice mindfulness when you eat. Of course there's a lot more to it than that but that's the idea - be aware, slow down, notice taste, textures, smells, the feeling of fullness, and stop eating when you reach the point of being satisfied. I've been putting some of the ideas into practice whenever I can this week, and am certainly feeling happier than I was counting calories or points. I'll try and keep a note of how it goes over the next few weeks.

The second moment of synchronicity came when I was just browsing through some magazines in a supermarket.  I saw a new one called Vegan Food & Living and was attracted by the photography (of course) so bought it.  The recipes were a real eye-opener! I've been a veggie since I was about 18 and often enjoy vegan meals but have never been 'a vegan' because I thought it would be too time consuming and difficult, and I'd have to cook separate meals for David. I then realised from practicing mindfulness that I no longer wanted any animal products such as cheese or eggs, that I didn't really like them much or the way that they made me feel.  This was a bit of a revelation.  I made the decision to eat vegan meals from then on and to try out new recipes.  This then led me to research vegan websites, and there are so many out there, with such fab food!  One of my favourites is Fat Free Vegan Kitchen.  You don't have to be a vegan to enjoy the food on there, just interested in food that tastes delicious and is good for you.

Last night I used a recipe from that site for Portobello Fries  which were delicious! They were portobello mushrooms sliced into 'fries', coated in flour, the liquid from a tin of chickpeas, and golden breadcrumbs, then backed in the oven until crispy. By the way, David has requested them again so they must be ok. 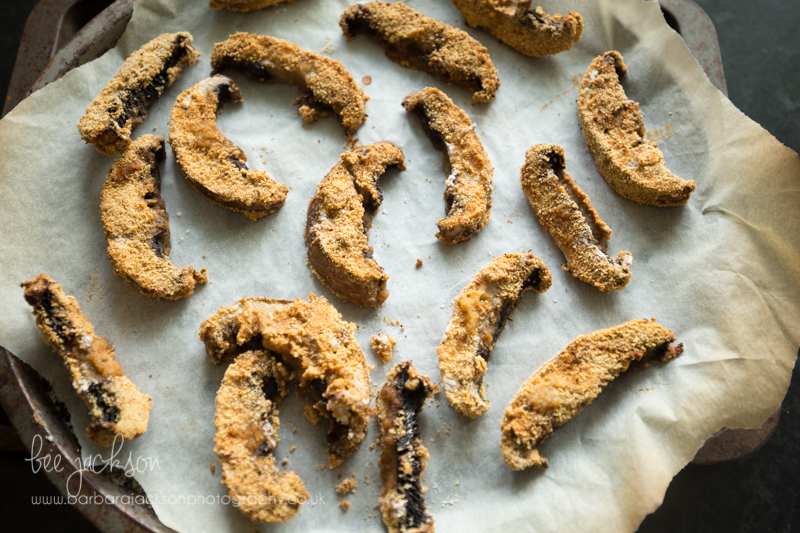 So that was my week of food coincidences, one thing leading to another.  I've gone from a pretty depressed vegetarian to a more content vegan with a better understanding of myself.  All because I subconsciously remembered that if you keep doing the same things, you keep getting the same things, - so I changed something.