I have a new lens and I am LOVING it! Can you feel the excitement?  It's a Sigma 105mm Macro and is so sharp I almost cut myself on it.  Leaning how to focus for macro work is a steep learning curve but  great fun, and the lens is phenomenal for general photography too.  Did I mention the sharpness?  The contrast and colour saturation?  Oh my... 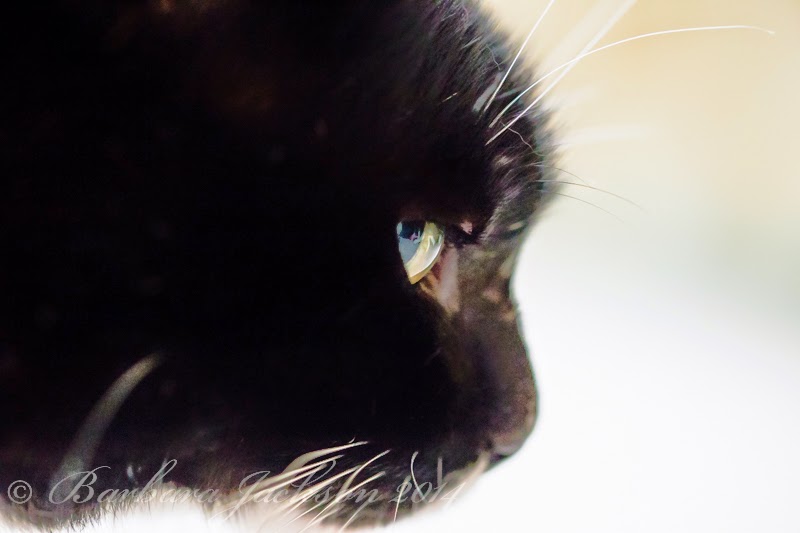 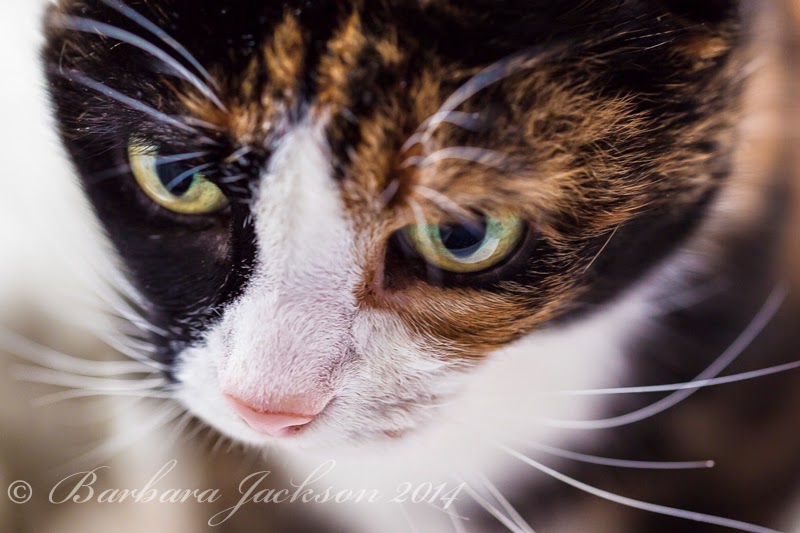 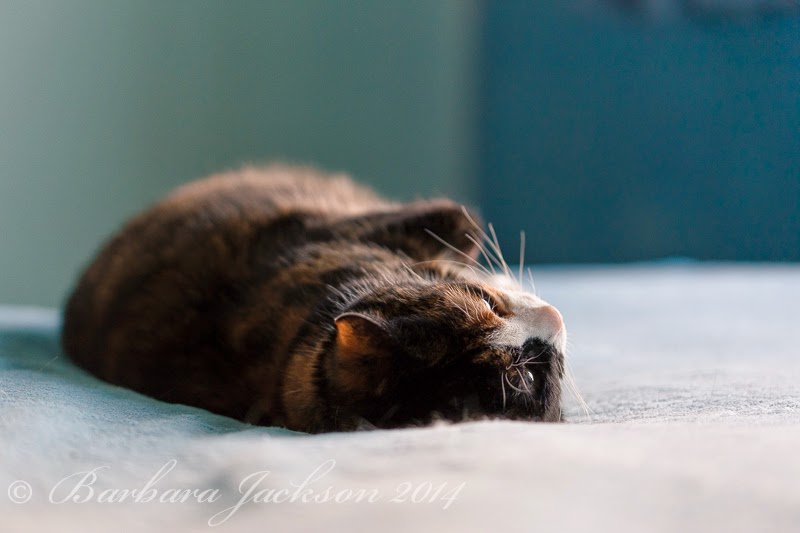 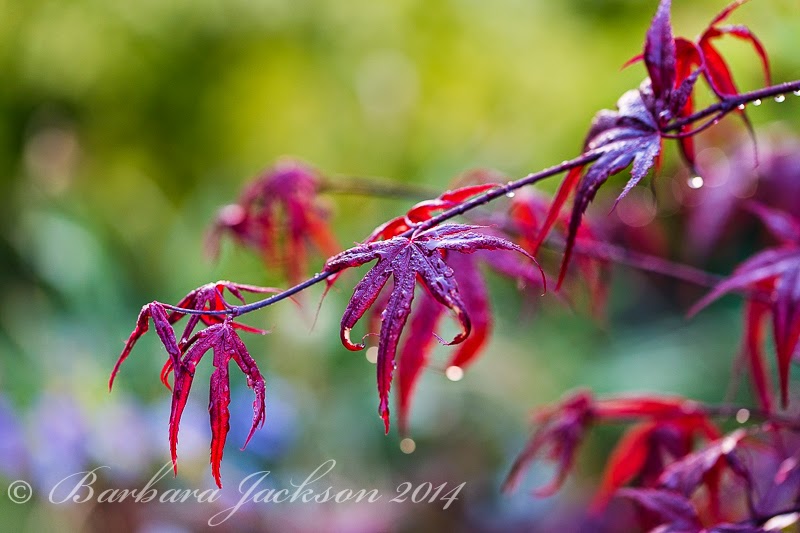 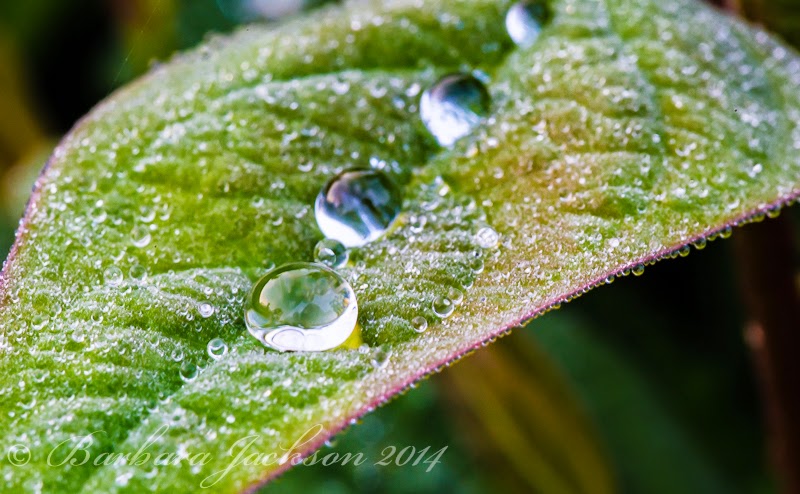 There has been a lot of bad behaviour in cat-land this week, mainly involving Ralph and Charlie.  They've been little sods!  Pepper has been an angel as always (her words), and Mrs P has just done her own thing and screamed at anyone who tries to get her to deviate from this.  So on with the pics. 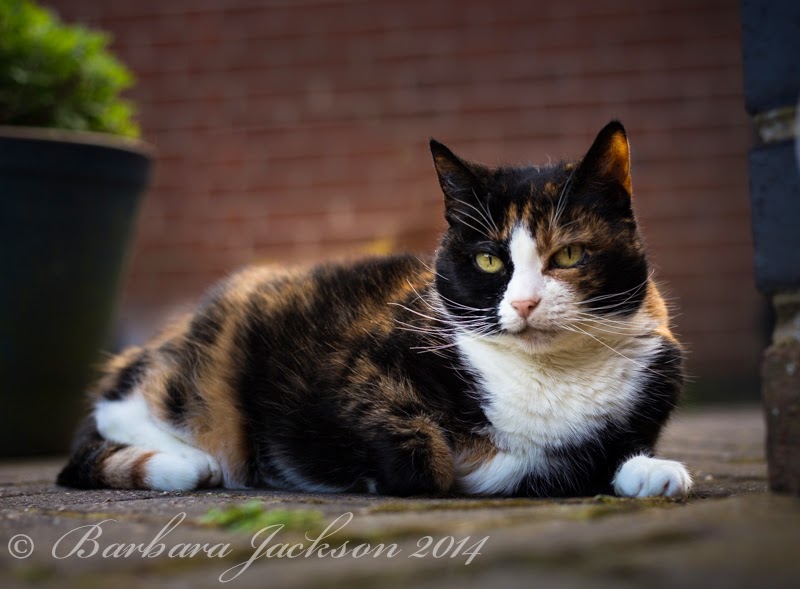 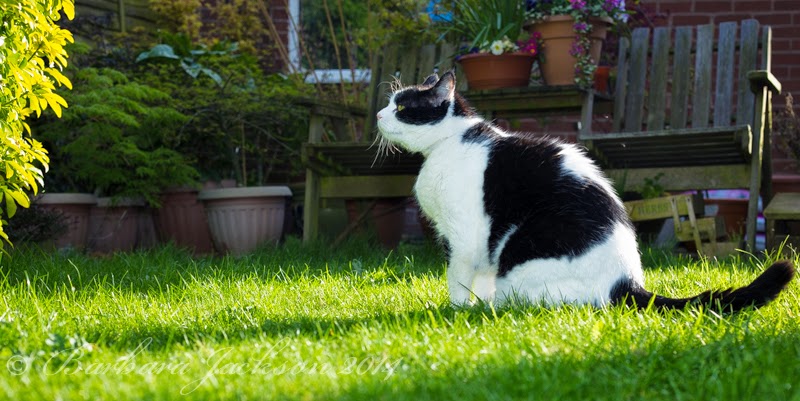 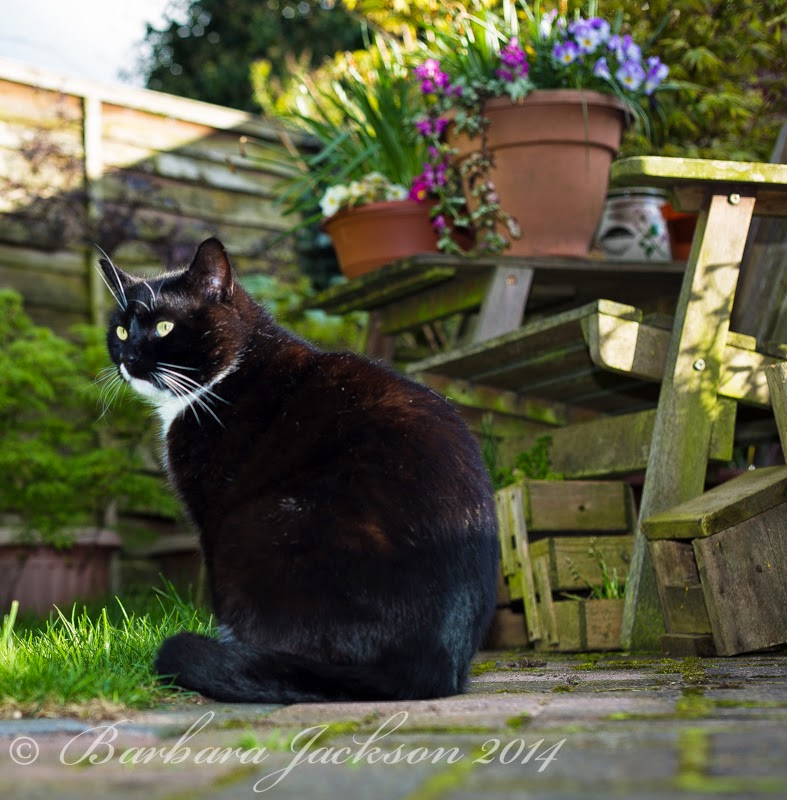 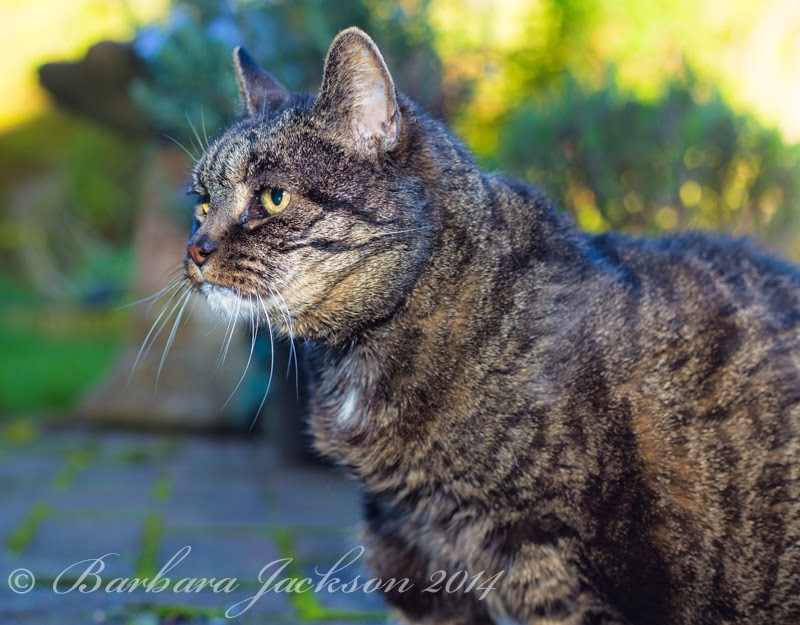 Mrs P...
Thinking of smacking them all
around the head so that she
can get some peace and quiet.

Good Morning Campers! No we have not deserted blogland, merely been extremely busy with photo stuff (including a project so secret that Charlie would have to bring the claw of doom to bear on you if you heard so much as a whisper about it).  Anyway... we're all still here and the cats are chomping at their collective bits (not that they have bits, but you get the picture), to bring you their latest pics.  So without further ado... 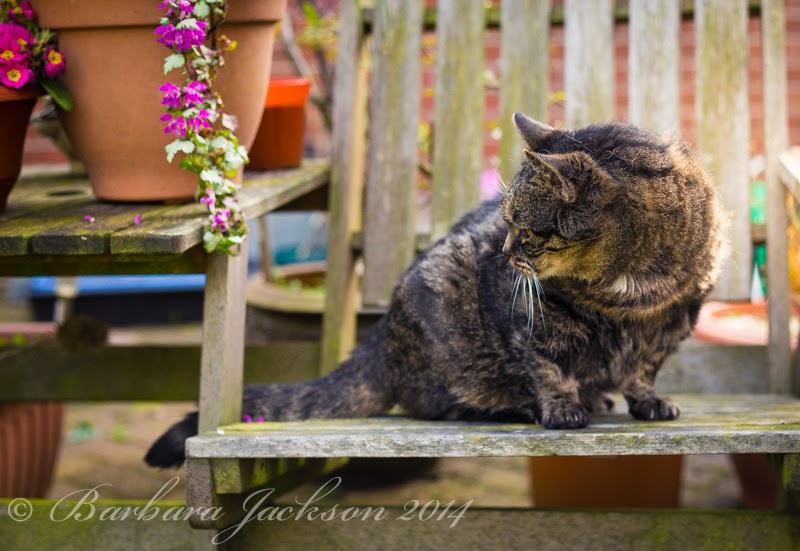 The weather was actually warm enough for
Mrs P to venture out into the garden...
This was just before Ralph learnt the hard way
that it is not a good idea to try and play with her
tail through the bench. 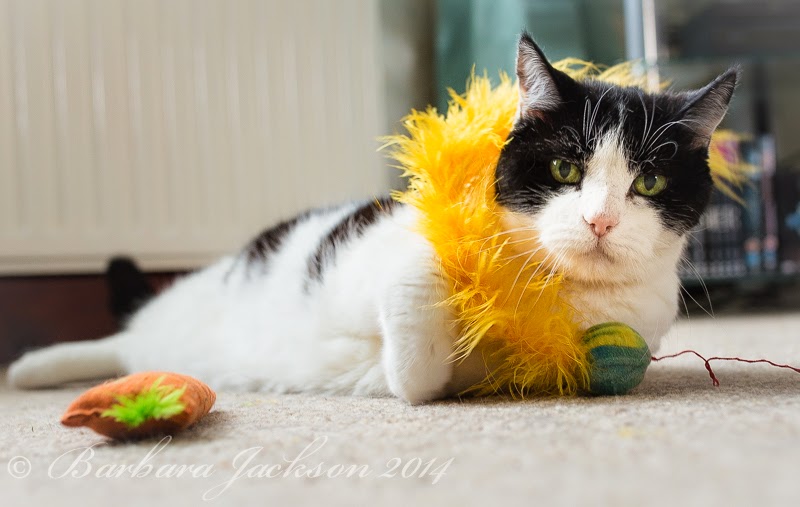 Charlie went to the vets for his blood test
and was pronounced as still in remission from diabetes - yay!
He celebrated by performing a burlesque routine with a
feather boa and a catnip carrot that is still
the talk of the neighbourhood. 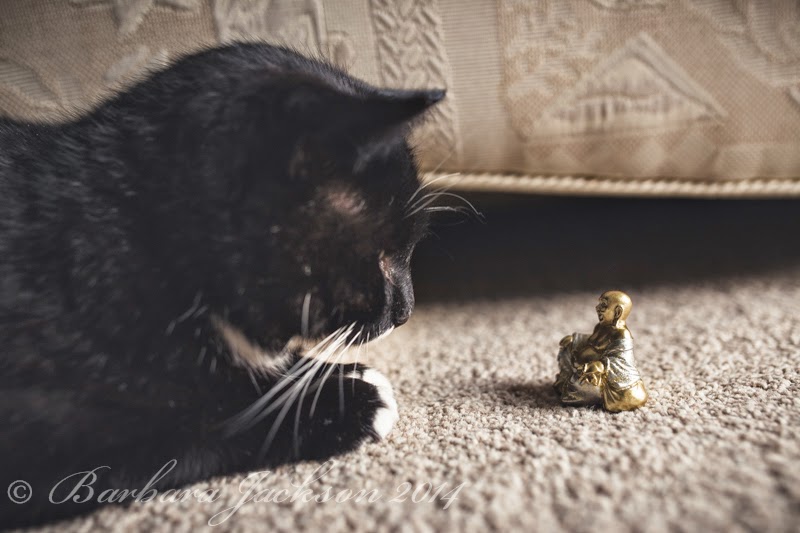 Ralph met with the Tiny Buddha on Pepper's advice.
Her words were rather brutal being along the lines of
'Ralph, you're an idiot,
go and ask the Buddha for help now'.
We like to think she meant it kindly. 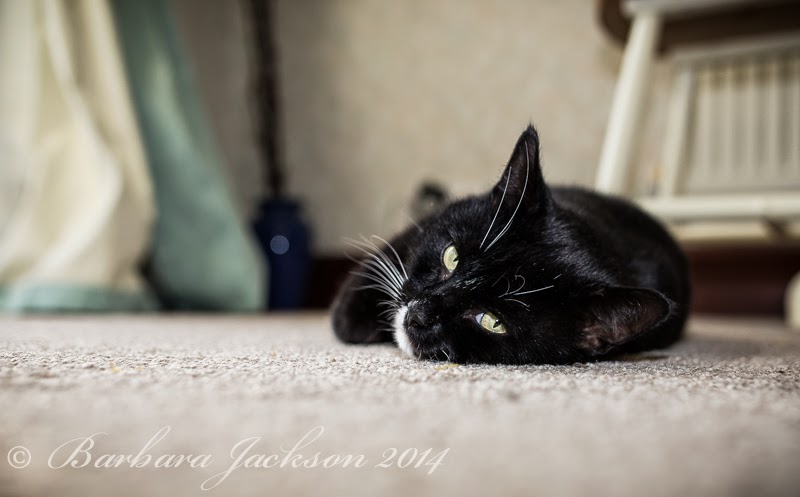 Here he is thinking about it all. 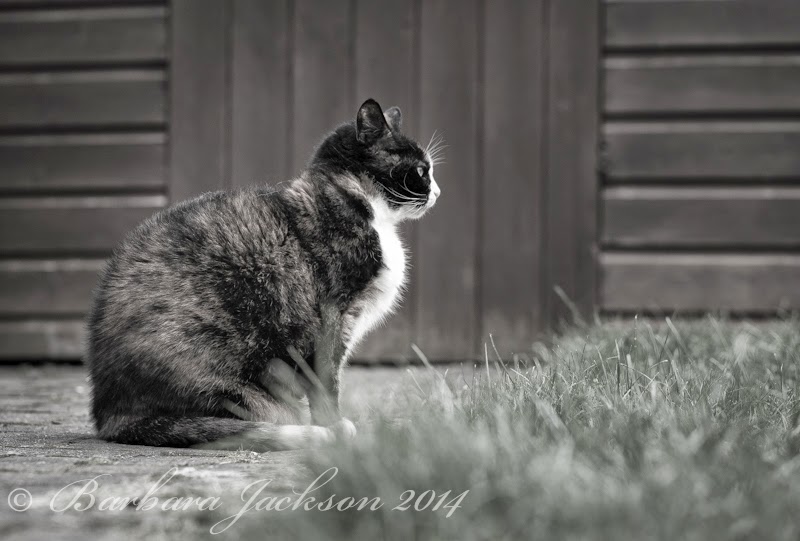 Pepper has been meditating in the garden
on developing compassion and tolerance toward Ralph.
It's a work in progress... 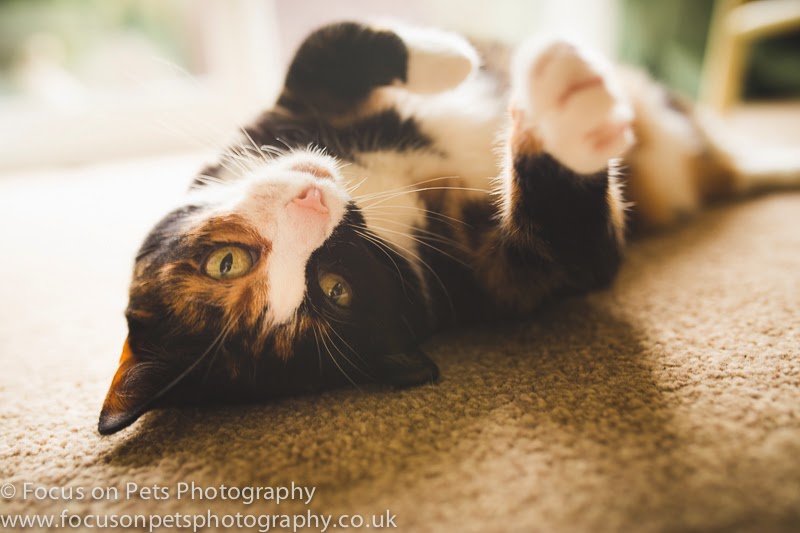 Of course she has to take time out from
her meditation practice to go be a supermodel.
A cat's work is never done.