When I'm not working with my camera (see my websites at www.happypetsphotography.com and www.barbarajacksonphotography.co.uk) I like to just play.  It's good to create images just for the sake of it and stops me getting fed up with the whole business of photography.

Because the weather was so warm last week I did a mini shoot in the garden involving some very cute drinks jars I found for 59p each! I knew that I wanted a bright, summery shot and I knew that I wanted my Japanese Maples in the background, but the sun was far too bright in that corner of the garden so I had to soften the light somehow.  I decided to use a reflector as a scrim so that there was less light hitting my setup, it also meant I was able to shoot at a wider aperture to make the background less in focus.  You can use anything translucent to make a scrim - a shower curtain, tracing paper, a voile curtain. It's great when you're shooting portraits too and want to keep bright sunlight from someone's face. 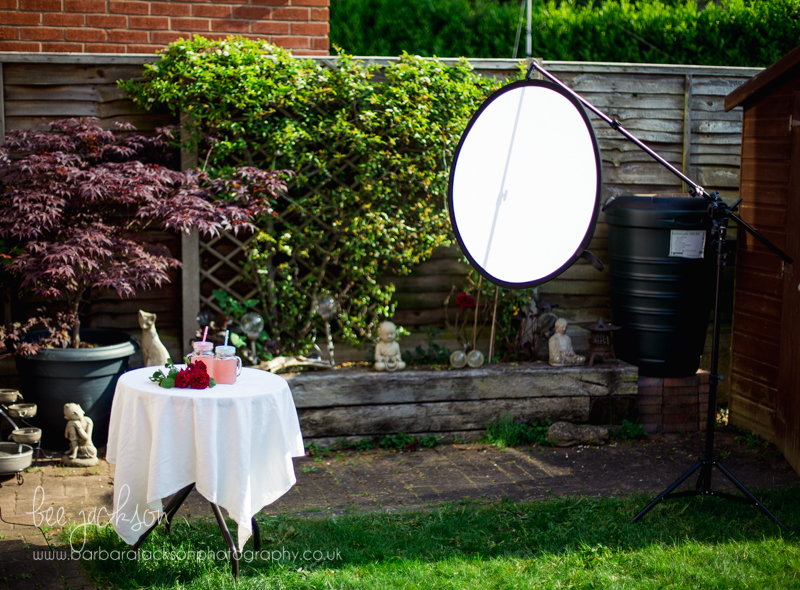 I took a few shots before adding the tablecloth but decided it didn't look bright or summery enough... 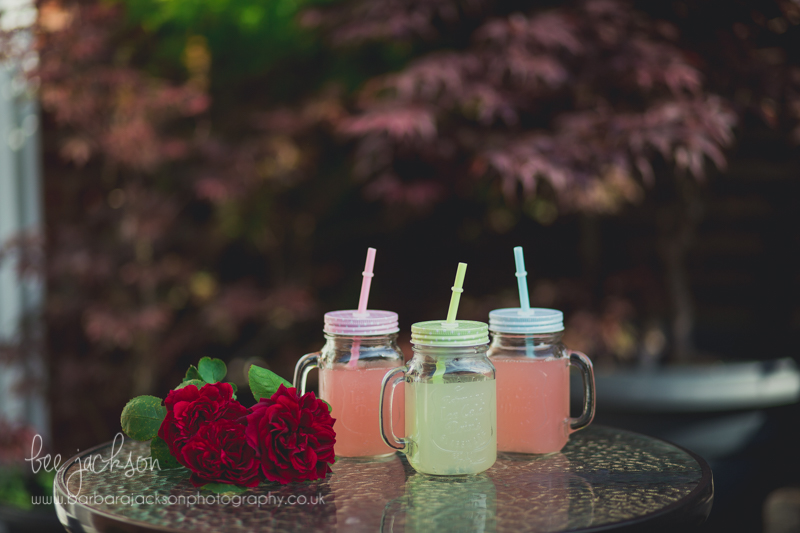 ...so I added a white tablecloth. 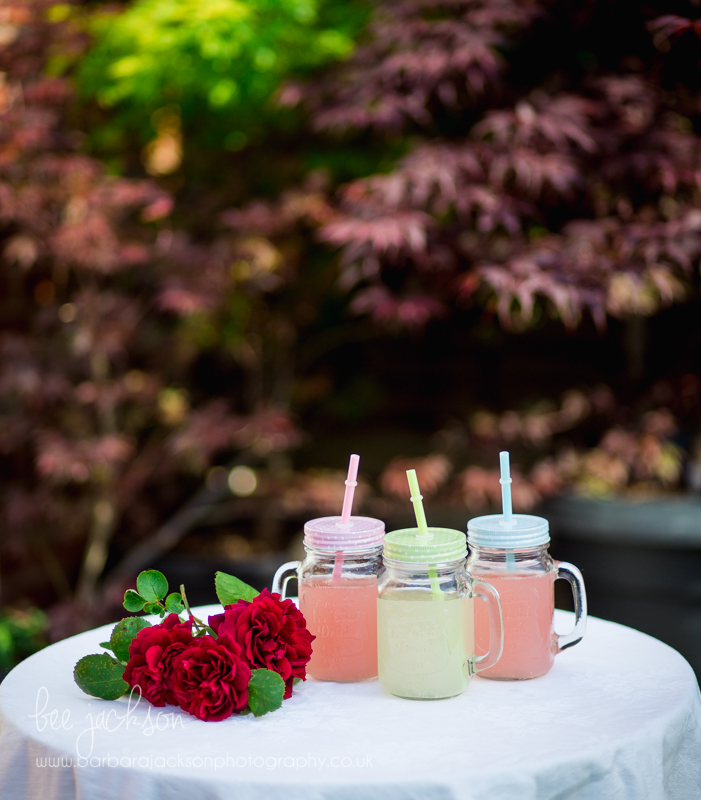 ...which also helped to bounce light back up into the scene. 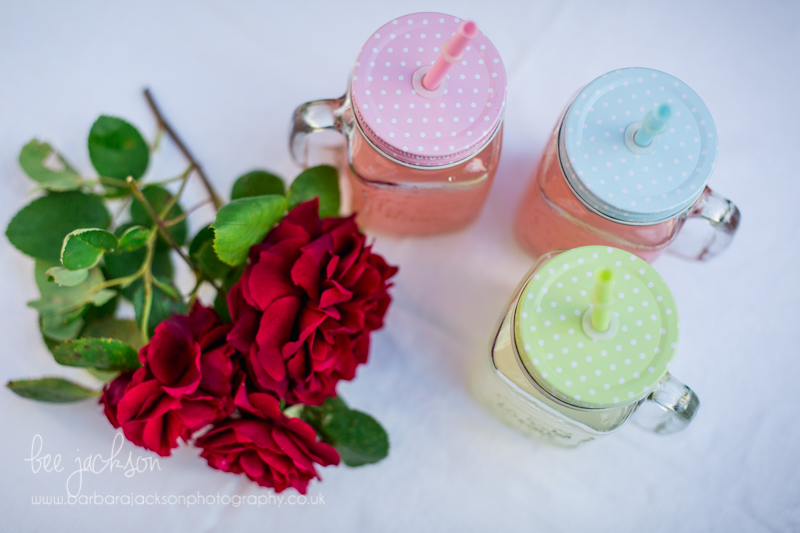 The roses are from my garden and are called Tess of the D'Urbervilles, they also smell as beautiful as they look. 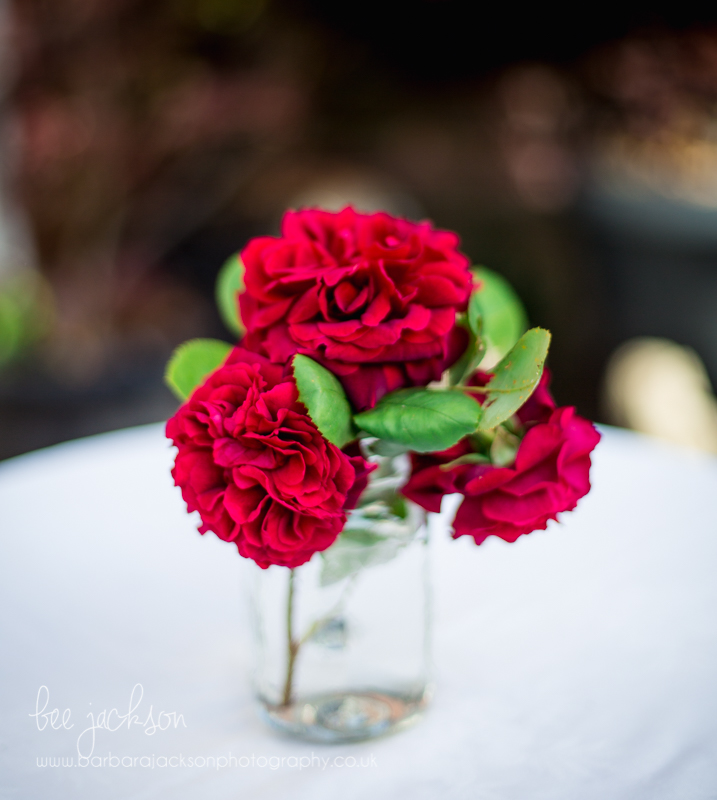 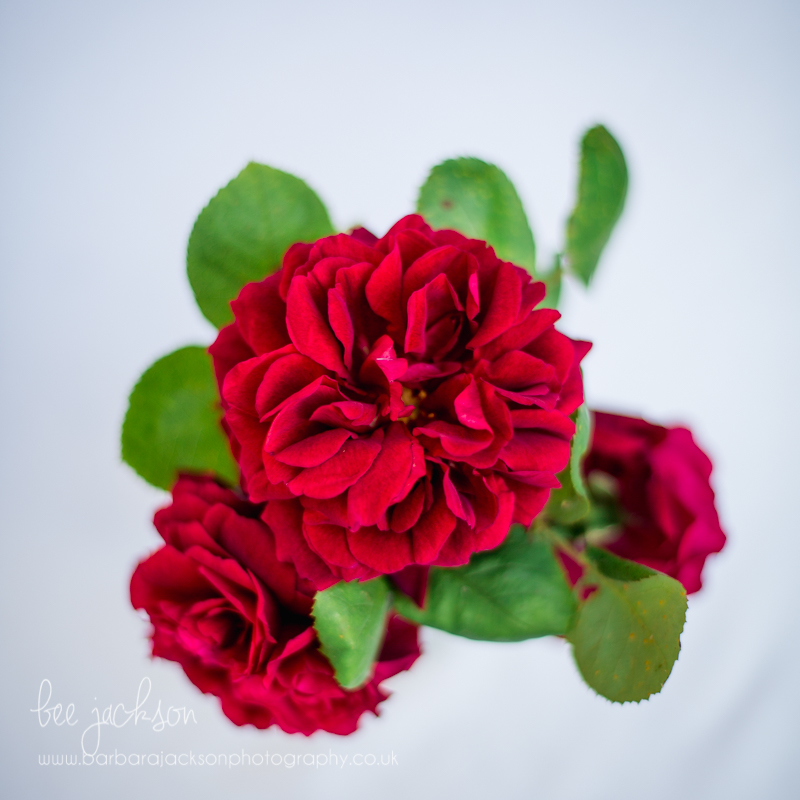 David and Ralph dropped by to see what I was up to,  I think Ralph was hoping he'd get to have his photo taken ;-) 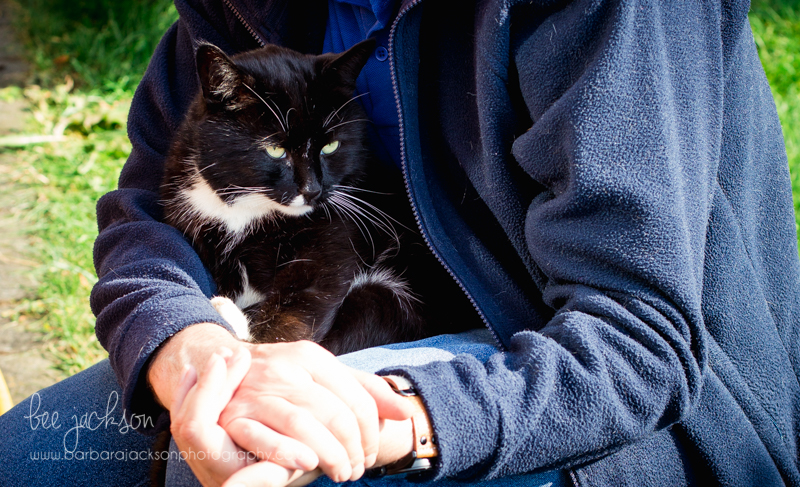 Oh i am glad i clicked your link. I am a trying hard photographer who is not so easy to learn techniques, so i am learning from you. It is easier for me to learn that way than reading long articles on photography, hehe. I will be here more often.

Glad to meet you 😊 If there's anything in particular you'd like me to give tips about please let me know.

That cat is precious!
JM, IL

Very good work on the still life shots. One can't get enough of cats!

Ralph, kisses! Thank you for the great tips and info. I think that white tablecloth made a difference too. I've yet to do this but have seen others and I think this wud have been the solution for a difficult lighting sitch in a farmers market I was shooting for awhile.

Oh my those roses are gorgeous! Loved seeing Ralph there to watching the goings on.

Light & Voices - thank you, we think so :-)
William - I completely agree about the cats - you can never have too many in a blog post!
jMo - yes! I always have a fold up reflector in my camera bag for difficult lighting situations.
Ida - thank you, and Ralph is everywhere :-)
xx